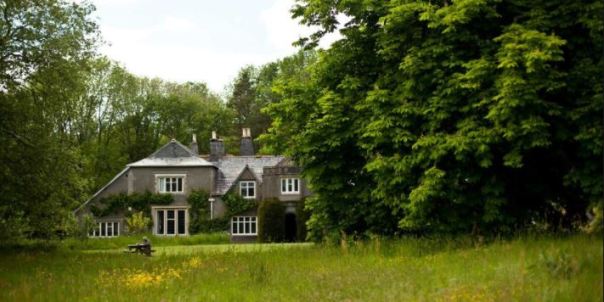 What would the world look like if humans lived harmoniously with nature rather than creating environmental mayhem? An important pathway for achieving this is to create an economic system which enhances both human and ecological wellbeing.

Drawing inspiration from Gandhi, Schumacher and the fundamental laws of Gaia, this course will explore urgently needed alternatives to business-as-usual economics. Our focus will be on the power of economic localization, a solution multiplier which restores the fabric of community, while simultaneously reducing CO2 emissions, unemployment and the gap between rich and poor.

You will join an in-depth exploration of the steps involved in moving toward integrated, human-scale economic structures in which deeply personal, heartfelt relationships matter most of all. Envisioning a shift from global to local entails grappling with a number of difficult questions: Just how localised should we strive to be? What strategies can be employed to overcome the entrenched power of big business, big banks, and big government? What is the role of technology in a localised economy? How do we start from where we are? We’ll discuss these topics and more.

Together, we’ll address the shifts needed at both policy and grassroots levels. We’ll honour the wisdom and practical knowledge of indigenous cultures and envision a society based on the proven principles of connection and community. We’ll learn from the kaleidoscope of people-powered movements around the world—a source of real hope for the future which has been almost completely ignored by the mainstream media.

Our approach will be very broad and holistic and we will consider a range of themes from perspectives of both the global North and South, including:

This course will give you a global perspective on localization and equip you with practical strategies for fostering and supporting genuine social, ecological, and economic renewal, wherever you may be.

Fee: £ 795.00 Course fees include all meals, field trips, materials and all teaching sessions. The programme will run from Monday to Friday afternoon, and includes four nights private accommodation and all vegetarian meals from the first lunchtime you arrive through until the lunchtime before your departure.

John Bunzl asks ‘When will we take globalisation seriously?’

As James Robertson summarises in his latest newsletter, John Bunzl opens with a reassurance:

“Don’t worry, Trump won’t be able to put much of his extremist rhetoric into practice.

“There are too many checks and balances in the U.S. political system. Both Congress and the Senate may be under Republican control, but the Republican Party is far from synonymous with Trump. And in a highly interdependent world our political leaders don’t have nearly as much power as we think.

Reassurance then gives way as we, the ‘Broad Middle’, are arraigned:

“No, the real danger now is not Trump, Brexit or the rise of the Far Right but the failure of the rest of us – the Broad Middle, as we might call ourselves – to take globalization seriously. The widespread distrust of the political mainstream may be stoked by immigration, unemployment and wealth inequality, but the deeper driver of all these issues is actually globalization. Or, to be more precise, unregulated globalization”.

He then quotes Gordon Brown’s analysis following the Brexit result: “The elephant in the room is globalisation – the speed, scope and scale of the seismic shifts in our global economy. And the most obvious manifestation of the world we have lost is the hollowing out of our industrial towns as a result of the collapse of manufacturing in the face of Asian competition. These towns are home to a disproportionate share of the semi-skilled workers who feel on the wrong side of globalisation and who opted to vote leave. Unable to see how globalisation can be tamed in their interests, they have, not surprisingly, become recruits to an anti-globalisation movement whose lightning rod is migration.”

And asserts that the deeper driver of all these issues is actually unregulated globalisation, itemising a few of the international agreements and regulations needed if the global economy is to work for all:

He says that instead of focusing on these objectives we’ve allowed ourselves to be distracted by all manner of other peripheral concerns. While we, citizens, have immersed ourselves in identity politics, anti-war protesting, and the like, mainstream politicians have been treading water, unable to see the new globalized reality through their out-dated national glasses.

Only when we focus on binding global agreements will we be taking globalization seriously. For only then can we make common cause with the poor and the disaffected middle classes who should be supporting us but who, because of our distraction, have instead been lured to the political extremes.

That doesn’t mean a global government, only global cooperation

His new book, The Simpol Solution, written with Nick Duffell, sets out the process by which the Broad Middle can make binding global agreements happen and make them stick. Noam Chomsky said , “It’s ambitious and provocative. Can it work? Certainly worth a serious try”.

And Simon Anholt commented, “I nodded until I got a crick in my neck. I haven’t read a book for years that I agreed with so deeply and so consistently – nor felt so keenly that these are messages the world needs to hear. The clarity, simplicity and profound importance of this book are beyond question. Please read it, and please encourage others to do the same.”